Created in 2015, the award serves to mark the celebration of the University of British Columbia’s 100th anniversary as one of the founding Faculties of the institution.  According to their site, “the medal serves to recognize individuals who have brought high honour to the Faculty and/or who have made longstanding or significant contributions to advance its vision, mission and mandate.”

Born in 1967 in the small city of Maragheh, Dr. Tafazoli completed a Bachelor’s and Master’s degree in Electrical Engineering from Sharif University of Technology in Iran before immigrating to Canada in 1992.  There, he pursued a PhD in UBC’s Electrical and Computer Engineering Department under the supervision of professors Peter Lawrence and Clarence de Silva.  He received a University Graduate Fellowship (UGF) during his doctorate studies.

Upon receiving his PhD in 1997, Tafazoli founded a one-man technology consulting company based on campus that has since evolved into Motion Metrics.  Today, the company has more than 60 full-time employees and specializes in the design, development, and commercialization of artificial intelligence-based machine vision and sensor-based solutions for tough mining challenges.  In 2017, Motion Metrics crossed the $10M revenue mark and was named a finalist for the BC Export Award in the Innovation and Advanced Technology category.  As a successful inventor, Tafazoli is an enthusiastic proponent of innovative technology and is an angel investor in early-stage BC-based and Canadian technology ventures.  In addition to growing his company’s current product line, the coming years will see Dr. Tafazoli maneuver Motion Metrics into the autonomous and space mining sectors.

“I am truly honored to receive the Dean’s Medal of Distinction,” says Dr. Tafazoli.  “Thank you for recognizing my small contributions.”  The award ceremony was held at the Robert H. Lee Alumni Centre and was followed by a cocktail reception. 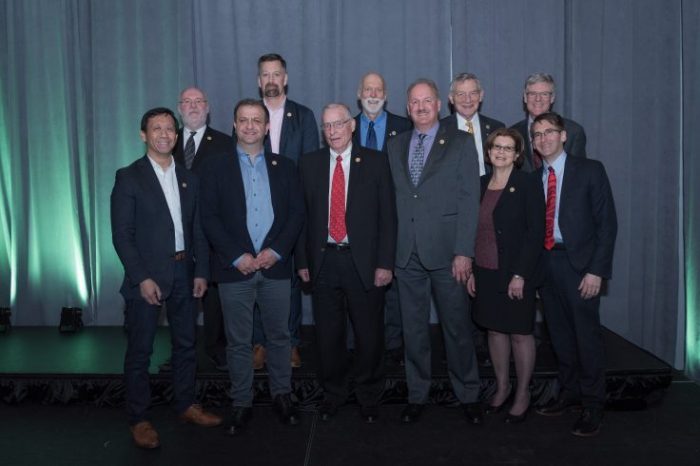